Can Addiction cause Depression?

Depression and addiction are two mental health disorders that can feed off one another due to the way each of these conditions affect the brain. Those who suffer from depression may frequently turn to drugs and alcohol to mask their symptoms, and to elevate their moods. At the same time, those who suffer from addiction are generally more predisposed to mood disorders like depression, due to the way alcohol and drugs alter brain chemistry.

Over time and with regular use, a person can become tolerant to drugs and alcohol and require higher amounts to achieve the effects they’ve grown used to. Tolerance can lead to physical dependence, which is when a person experiences withdrawal symptoms upon ceasing or reducing drug use. When someone becomes physically dependent on drugs and alcohol, their brain stops producing dopamine on its own, and starts relying on substances for happiness and reward. Science shows that prolonged exposure to high dopamine levels can trigger depression. When addiction comes first, a person’s drug use can awaken or trigger the onset of depression — especially in instances where mental illness is part of family history. Some drugs even disrupt brain chemistry gradually over time to increase the risk for depression later on.

Do I have workplace Anxiety?

An addiction is a chronic dysfunction of the brain system that involves reward, motivation, and memory.

It’s about the way our body craves a substance or behavior, especially if it causes a compulsive or obsessive pursuit of “reward” and lack of concern over consequences.

Depression is a mood disorder that causes a persistent feeling of sadness and loss of interest. Also called major depressive disorder or clinical depression, it affects how you feel, think and behave and can lead to a variety of emotional and physical problems.

You may have trouble doing normal day-to-day activities, and sometimes you may feel as if life isn’t worth living. More than just a bout of the blues, depression isn’t a weakness and you can’t simply “snap out” of it.

Current research suggests that depression is caused by a combination of genetic, biological, environmental and psychological factors. While it may occur at any age, it often begins in adulthood. As with many anxiety disorders, depression in children and adolescents may present itself as irritability more than low mood.

By adulthood, depression shows up as hopelessness, despair and anger. With a low energy level, afflicted individuals often feel overwhelmed by the day-to-day tasks and personal relationships fundamental to life. During a depressive episode, the person experiences a depressed mood (feeling sad, irritable, empty) or a loss of pleasure or interest in activities, for most of the day, nearly every day, for at least two weeks. Several other symptoms are also present, which may include poor concentration, feelings of excessive guilt or low self-worth, hopelessness about the future, thoughts about dying or suicide, disrupted sleep, changes in appetite or weight, and feeling especially tired or low in energy. During a depressive episode, the person experiences significant difficulty in personal, family, social, educational, occupational, and/or other important areas of functioning.

The above mentioned two important terms are very much interconnected. Addiction does lead to depression. For example, when an individual is very much addicted to alcohol or any other drug and a situation arises which makes them unexposed to these materials will make them go into the depressive zone as they are not accessible to them.

People who are diagnosed with anxiety and mood disorders like depression are nearly twice as likely to also suffer drug use disorders than those without mental illnesses. The existence of two disorders or illnesses in the same person is known as comorbidity. Addiction and the presence of another mental health disorder is also commonly known as dual diagnosis, or co-occurring disorder.

Gender has been shown to play a major role in co-occurring disorders involving mood disorders and addiction. Men are more likely to suffer antisocial personality disorder,

while women are more likely to suffer both anxiety and mood disorders. Anxiety disorders are the most common mental health disorders and affect 18.1 percent of the population every year. But any mood or anxiety disorder, regardless of a person’s gender, is a known risk factor for substance abuse and drug use disorders.

What should be done when you have Workplace Anxiety

Workplace anxiety can be really difficult for an employee to cope up with. Here are a few techniques one can use to lower their anxiety, or even prevent that.

Workplace anxiety is a problem of an employee, but it not only affects the employee, but brings unwanted consequences to the company too. But a company cannot fire every employee that has been burnt out. Instead they can prevent their employees from getting workplace anxiety.

An organizational culture plays a very important role in the lives of the employees. Every company cannot provide amenities like those which MNCs can afford. But small changes that make the employee feel safe, will create a good perception towards the company they’re working with. Employees will feel connected to the company and thus, will also become intrinsically motivated to work.

Feedback is one of the most important things in a workplace. It has the power to increase or decrease the performance. Thus employers should be careful with the words they use, and point out at the best first. Feedback should also include the task identity of an employee. This gives the employee meaningfulness in the work they do.

Lastly, we’d recommend you to try Snealth’s Webinars and our SnealthCare at the Workplace packages beginning from INR 79 / employee / month! These make sure your employees are being taken care of by the best mental healthcare provider out there. Do reach out to [email protected]

*Note: If you have workplace anxiety, don’t think twice to seek professional help. 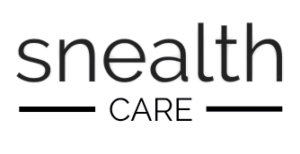